Ready to be the ultimate virtual criminal mastermind in Roblox’s Jailbreak? Look no further! This guide will show you all the secrets to breaking out of prison, robbing banks and evading the virtual cops. From the creators of Badimo, this game is a digital playground classic and has taken the community by storm since its release in 2017. With its quirky gameplay and endless possibilities, you’ll be dominating the game in no time. So, grab your virtual crowbar and let’s breakout!

Start your engines and rev up for an exciting ride in Roblox’s Jailbreak! Driving is a must-have skill in this game, so make sure you upgrade your ride to the fastest speedster on the block. Third-person view is the way to go for maximum awareness and keeping those sneaky opponents at bay. And, don’t forget to lock up your ride or risk it getting stolen by those sneaky crooks- it’s all part of the fun!

Calling all virtual cops! Are you ready to uphold the law in Roblox’s Jailbreak? As a prison guard, your mission is to keep the inmates in line and catch any escapees. But remember, there are rules to follow. Only arrest a prisoner if they are breaking the rules such as being in a prohibited area, punching the power box, being hostile, pickpocketing an officer, or entering a vehicle. And don’t forget the time limit, or they’ll become innocent again. But watch out, arrest an innocent person and you’ll get a virtual time-out, make the same mistake four times and you’ll be behind bars yourself!

Practice makes perfect, so spend some time getting familiar with your weapons, make sure your gun and taser are fully loaded and ready to go. Learn how to switch quickly between weapons and handcuffs to catch those sneaky crooks. And watch out for pickpockets, they’ll steal your keycard and make a run for it. Third-person view is your best friend in this game. So, grab your virtual badge and let’s keep the peace in Jailbreak!

Calling all virtual criminals! Are you ready to break out of prison and live a life of virtual crime in Roblox’s Jailbreak? Start by looking for potential escape routes, or pickpocket a guard for a keycard. If you’re feeling adventurous, steal a helicopter for a stylish escape, but beware, it will draw attention and may make it harder to shake your pursuers. Once you’re out, the criminal world is your playground! Rob banks, shops, and even trains. But remember, with every crime you commit, you’ll accrue a bounty, and the criminals with the highest bounties are displayed at the police stations, making you a target for the cops. So, be ready to defend yourself before going on a crime spree.

When the cops try to apprehend you, they’ll probably use the taser. The best way to avoid being electrocuted is to be chaotic in your movements, move in zigzags, and jump around a lot. If you successfully avoid the taser, you’ll have the opportunity to counterattack, so pay close attention. Time to break out, rob and rule in Roblox’s Jailbreak!

In conclusion, whether you’re a virtual cop or a virtual criminal, Roblox’s Jailbreak is guaranteed to offer an exciting and thrilling experience. Drive fast, escape prison, rob banks, shake off the cops, or catch the criminals, the choice is yours! With its quirky gameplay and endless possibilities, the game is sure to keep you on the edge of your seat. So grab your virtual badge or crowbar, and let the virtual lawlessness begin! 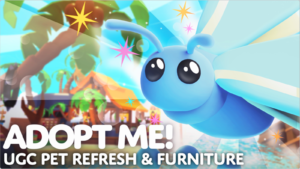 Rising to the Top: A Guide to Becoming a Tycoon in Adopt Me 9 Must-Know Facts about Roblox’s Adopt Me! 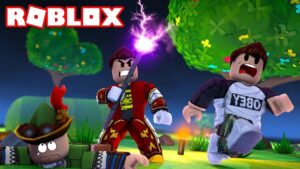 Understanding Roblox: A Complete Guide to the Social Gaming Platform