Halo 2 is an epic first-person shooter game that was developed by the legendary studio, Bungie and published by Microsoft Game Studios for the Xbox console in 2004. It is the highly-anticipated sequel to the critically acclaimed 2001 game, Halo: Combat Evolved, and it’s set to take players on a thrilling journey through a 26th-century conflict between humanity, the genocidal Covenant, and the parasitic Flood.

The game features an arsenal of new weapons, terrifying new enemies, and an array of powerful vehicles that players can control to take the fight to the Covenant. With the inclusion of online multiplayer via Xbox Live, players can team up with their friends and take on the Covenant horde together. The game allows players to assume the role of the legendary Master Chief and the alien Arbiter, each with their unique abilities and weapons.

The development team at Bungie drew inspiration from the plot points and gameplay elements that were left out of the first game, including online multiplayer. The game was highly anticipated and the development was not without its challenges, but the team pulled through, delivering an action-packed and thrilling experience. As part of the marketing campaign, an alternate reality game called “I Love Bees” was launched, which involved players solving real-world puzzles. After the game’s release, new multiplayer maps and updates were released to address cheating and glitches. The game was followed by Halo 3 in 2007.

Halo 2 received critical and commercial success and is often considered one of the greatest video games of all time. It was the most popular title on Xbox Live until the release of Gears of War for the Xbox 360.

Get ready to suit up as the legendary Master Chief and take on the genocidal Covenant in Halo 2, the highly-anticipated sequel to the critically acclaimed 2001 game, Halo: Combat Evolved. Experience intense first-person shooter gameplay as you battle through levels using a combination of human and Covenant weaponry and vehicles. Dual-wield weapons for raw firepower, hijack enemy vehicles and quickly assume control of them, and use your regenerating shield to absorb damage as you fight your way through the game’s levels.

In the single-player campaign mode, players will be thrown into the middle of a 26th-century conflict between humanity and the Covenant, with the option to play with friends in cooperative multiplayer mode. Players will switch between the roles of the Master Chief and the alien Arbiter, each with their unique abilities and weapons.

As you progress through the levels, you’ll encounter a variety of enemies, each with their own strengths and weaknesses, and you’ll have to adapt your tactics to overcome them. The game features four difficulty levels, so players of all skill levels can join in on the action.

Halo 2’s story mode offers a thrilling and action-packed experience, with an engaging storyline, and dynamic artificial intelligence that keeps the gameplay fresh and exciting. So, grab your weapons, and get ready for an epic battle for humanity’s survival.

Get ready to take the fight to the next level with the multiplayer features of Halo 2. The Xbox version of the game allows players to compete with each other in split-screen and system link modes, as well as online multiplayer via Xbox Live. The Xbox Live multiplayer and downloadable content features were supported until April 2010, with the final multiplayer session concluding on May 10th.

For PC players, multiplayer servers used Games for Windows – Live, and were taken offline in June 2013. Instead of the traditional manual lobby system, Halo 2 introduces matchmaking. Players can select the type of match they want to play, and the game will automatically find other players and select the appropriate map and game type.

With this “playlist” system, the game ensures a steady flow of matches and a skill-ranking system that keeps the competition fierce. So gather your friends and battle for supremacy in the world of Halo 2.

Keep in mind, Halo 2 can be played via The Master Chief collection, where you can experience the glory of Halo 2 with remastered graphics. If you’re a fan of Halo 2 and want to play it remastered, we strongly recommend getting the MCC.

Halo 2 takes you on a thrilling journey of an epic space war between humanity and a powerful alien collective known as the Covenant. You’ll play as both the human Master Chief and the alien Arbiter, as you fight for survival in a 26th-century conflict that will test your skills and determination.

As the game begins, you’ll find yourself on a Covenant capital ship, where an Elite commander is being tried for failing to stop the destruction of the first Halo. He’s stripped of his rank, branded a heretic, and tortured, but is given a second chance as the Arbiter. As the Arbiter, you’ll quell a rebellion and recover a crucial object called 343 Guilty Spark.

Meanwhile, back on Earth, the Covenant launches an unexpected attack. Master Chief helps to repel the invasion, and when a Covenant fleet makes a hasty slip space jump, he and his team follow aboard a UNSC ship. As they investigate, they discover another Halo installation. With the danger that the ring presents, Master Chief is sent to kill the leader of the Covenant, Prophet of Regret, while the others search for the Index, Halo’s activation key.

As events unfold, the Covenant falls into civil war and the Flood, a parasitic alien life form, overruns the Covenant’s capital city. The Arbiter meets up with the Master Chief and they are both used as a distraction by the Flood’s leader, the Gravemind, as it takes control of the city. The two soldiers are sent to different locations to stop the Halo’s activation. The game’s climax takes place on the surface of the Halo, where the Arbiter and Master Chief confront the Covenant leaders, leading to a final showdown that will determine the fate of the galaxy.

Halo 2 was one of the most highly anticipated games of all time, with a record 1.5 million copies pre-ordered before its release. On its launch day, the game sold 2.4 million copies and earned a staggering $125 million, making it the highest-grossing release in entertainment history and outdoing even the biggest blockbuster movies.

The game was a massive success, with 260,000 units sold in the UK alone in its first week. It was the second best-selling game of 2004 in the United States and was awarded a “Double Platinum” sales award by the Entertainment and Leisure Software Publishers Association.

Halo 2 was an instant hit and took the gaming world by storm, becoming the most popular video game on Xbox Live, holding that title for nearly two years. 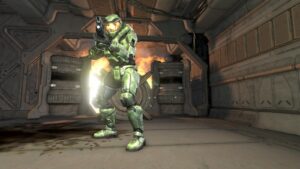 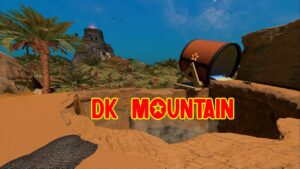