Arrow is an American action television series that premiered on The CW on October 10, 2012. The first season, which ran for 23 episodes, follows the story of billionaire playboy Oliver Queen (Stephen Amell) who returns home after being stranded on a mysterious island for five years.

He takes on the persona of a hooded vigilante known as “The Hood” to fight crime and corruption in Starling City (later renamed “Star City”). The series is based on the DC Comics character Green Arrow and is set in the Arrowverse, sharing continuity with other Arrowverse television series.

The season features flashbacks to Oliver’s time on the island and how it changed him, while he tries to stop a mercenary force targeting the Chinese economy. The show is produced by Greg Berlanti, Marc Guggenheim and Andrew Kreisberg, and stars Stephen Amell, Katie Cassidy, Colin Donnell, David Ramsey, Willa Holland, Susanna Thompson and Paul Blackthorne. The first season of Arrow was generally well received by critics, and the show went on to win multiple awards. The series was renewed for a second season on February 11, 2013.

How Season 1 Introduced “The Hood”

In the premiere episode of The Arrow, we are introduced to billionaire playboy Oliver Queen who has been missing and presumed dead for five years after a shipwreck that claimed the life of his father, Robert. But Oliver is found alive on a remote Pacific island and returns home to Starling City where he is reunited with his family and friends. However, they quickly realize that Oliver has changed during his time away. To protect him, Oliver’s mother Moira assigns John Diggle as his bodyguard.

As Oliver struggles to reconnect with his former girlfriend, Laurel Lance, and cope with the loss of his father and sister, he begins to secretly masquerade as a hooded vigilante archer at night. His mission is to right the wrongs of his family and his first target is corrupt millionaire Adam Hunt, who has scammed millions of dollars from the people of the city.

Meanwhile, Laurel’s father, police detective Quentin Lance, becomes determined to arrest the vigilante and works with Adam to stop him. As Oliver continues to fight crime and corruption, it becomes clear that his mother has an agenda that is at odds with his own. The episode ends with Oliver succeeding in taking down Adam Hunt and his henchmen, but revealing that his mother orchestrated a kidnapping to determine what Robert told him after the shipwreck. 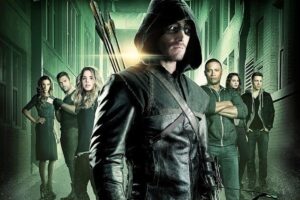 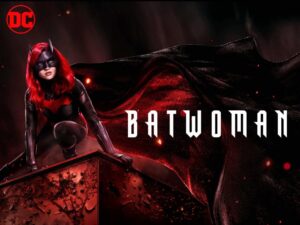