Warner Bros has announced that the release date for “Aquaman and The Lost Kingdom” has been moved to December 25th, 2023. The film, which is the sequel to the 2018 hit “Aquaman”, had previously been set for March 17th, 2023, after being pushed back from December 21st, 2022. The move comes as a result of delays caused by the COVID-19 pandemic and post-production setbacks.

The first “Aquaman” film saw Jason Momoa take on the role of Arthur Curry, who learns of his true lineage as the king of Atlantis and must fend off his half-brother and a pirate-turned-supervillain to claim his throne. The sequel promises to bring even more never-before-seen VFX techniques and an all-star cast including Momoa, Amber Heard, Patrick Wilson, Yahya Abdul-Mateen II, Temuera Morrison, and Dolph Lundgren.

The release date shake-up also affects other films in the DC Extended Universe, with “Shazam: Fury of The Gods” now set to take the March release date, originally held by “Aquaman and The Lost Kingdom”. The relationship between the two films, as well as the upcoming “Black Adam” and “Peacemaker” series, remains to be seen.

The sequel is directed by James Wan and written by David Leslie Johnson-McGoldrick, with filming having wrapped in January 2022. Stay tuned for further updates on the release of “Aquaman and The Lost Kingdom” and its place in the DC Extended Universe. 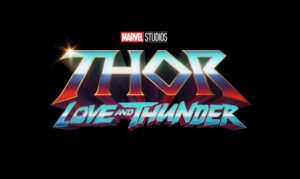